We wanted to drop you guys a line and introduce our odd but great art director.  From all of us here at Restomod Air we understand how “odd” he really is. For those of you that don’t, just give him a call.  We wanted to post some pictures of Rick and his journey to Death Valley California.  For those of you out there that don’t know we built a 1969 Camaro to test the performance of our air conditioning systems in the hottest part of the world.  Follow along below and you will see the journey that Rick took from Texas to Death Valley.  and yes, the state of Texas allowed him to cross state lines! but with an ankle monitor. 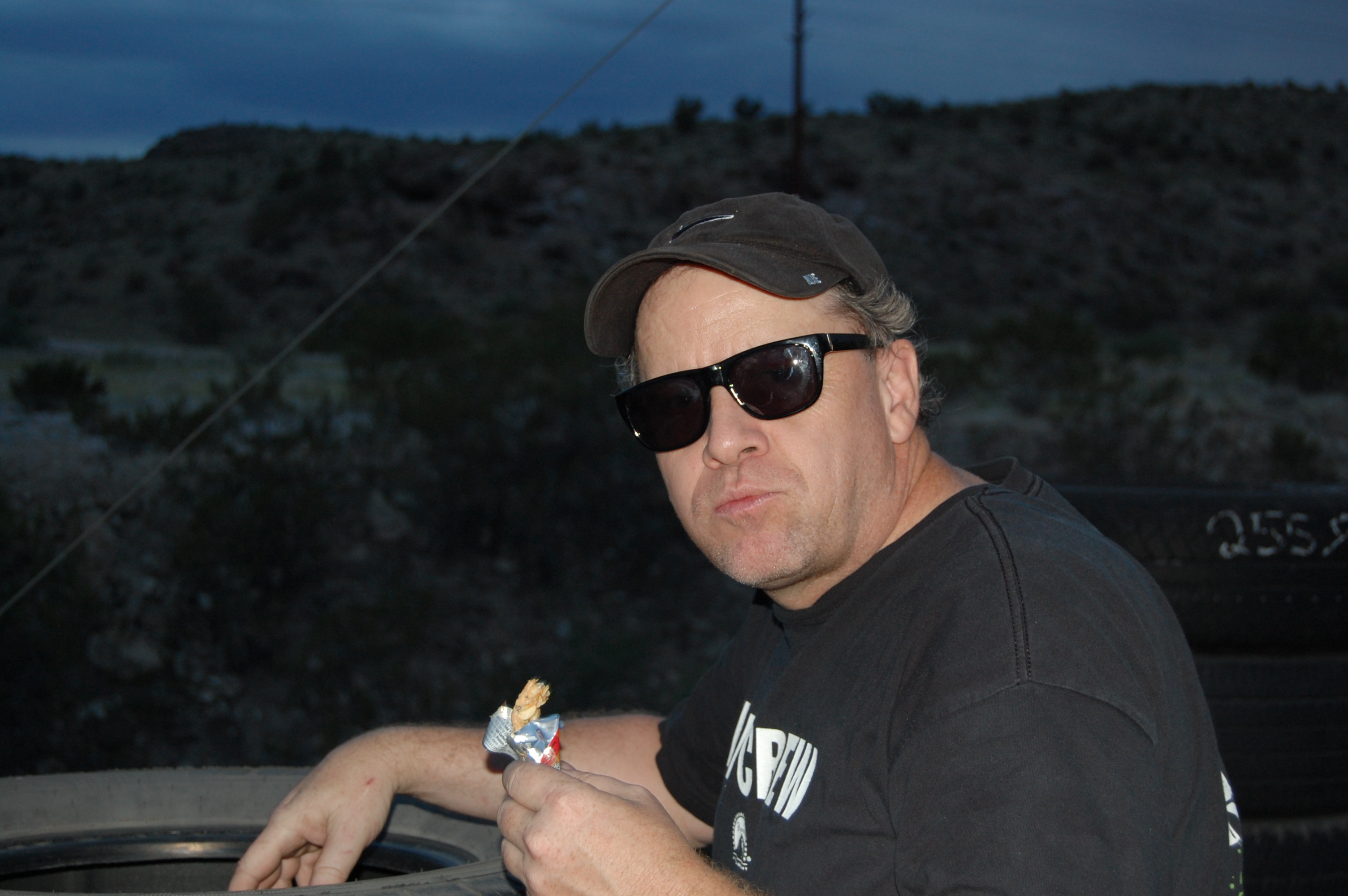 OK, kidding aside Rick is a really really great guy. With that being said we took a little time to interview him and see what he is all about. In our interview spotlight is an illustrator-slash-car nut. He’s the man behind Restomod Air’s advertisements and instruction manuals.

How long have you been with Restomod Air?

Two years and one month. I applied with actual samples.  I checked out what Restomod Air was already doing and redid some of it. I brought revised illustrations for the instruction manual, so that I wasn’t walking in empty-handed.

What do you like best about working at Restomod Air and why?

I’m a car nut and have been since I was a young teen. Combining the two things I like the most, which is illustration and cars, was a plus for me. I probably would have paid them to get the job.

My first was a 1964 Plymouth Sport Fury, a cool car from early 60s. I paid $195 for it and drove the living daylights out of it. The movie Smokey and the Bandit had just come out the year previous, so I had to do all the stunts in the movie. I had the car airborne multiple times and I learned how to drift around gravel roads in the backwoods in rural Missouri. I was driving that car for over a year before I got my license. Everyone in town assumed I just got my license early. I never told anybody.

What do you like best about your customers’ classics?

It would be the wide variety. Our customers are saving cars that normally wouldn’t get saved. They want to put AC in them so they can enjoy them… Our customers range in age from early 20s to late 60s, but most of them are in their early 40s to late 50s. Older people value AC more than someone who’s 25 years old. A 25 year old can live without it. All he cares about is the look and the speed.

What maintenance or repair job do you dread most?

Transmission work. Transmissions should be left to people who work at NASA.

Do you currently own a classic?

I currently own four classic cars. Only one is actually running and driving. The rest are all project cars. I have one car at the house, so if I get bored I can go in the garage. I have three in a weekend shop. It’s an ex-repair facility, so it’s got a lift in it. I don’t actually pay rent. I do trade-out with the guy who owns the property so I fix all his stuff.

Fill in the blank: Someday I would like to own …

A Pantera. That’s an Italian body they put Ford V-8 engines in, back in the 60s through the early 70s. They’re basically like an American Ferrari. They’re extremely fast and very hard to find. They’re almost affordable — you can get one for $60,000 or $70,000. They never got a lot of publicity. Basically it’s like a larger Cobra.

What personal hobbies or interests might be of interest to our readers?

I’ve got a company called Moto Recon that finds abandoned cars out in the country. This weekend I put 423 miles on my SUV, looking for cars that people left in fields and behind houses. I don’t make any money on it. The idea is to save cars from rotting away.

I saved a Dodge Colt recently. I put it out on Craigslist and someone bought it. I also found Sophia Loren’s 1955 Alfa Romeo Sprint Zagato. It was her car back in the 60s. It was stolen out of a car show in 1978 at a mall in Indiana and never appeared again. I found it in 2002 in Texas. I had to do a little bit of spy work and jump a brick wall and move an old TV to get the VIN number and track it down.

They only made 105 of those cars in three years so they’re extremely rare. There are only about 25 left in the whole world. They’re aluminum body, handmade, one-off sports cars.

I love what I do. I do the instruction manuals for the installs and when I’m writing them I’m always trying to look at it from the customer’s point of view. When I write the copy for ads, I try to write as if I were talking to someone at a car show. All of our copy is written person-to-person, not in corporate speak. 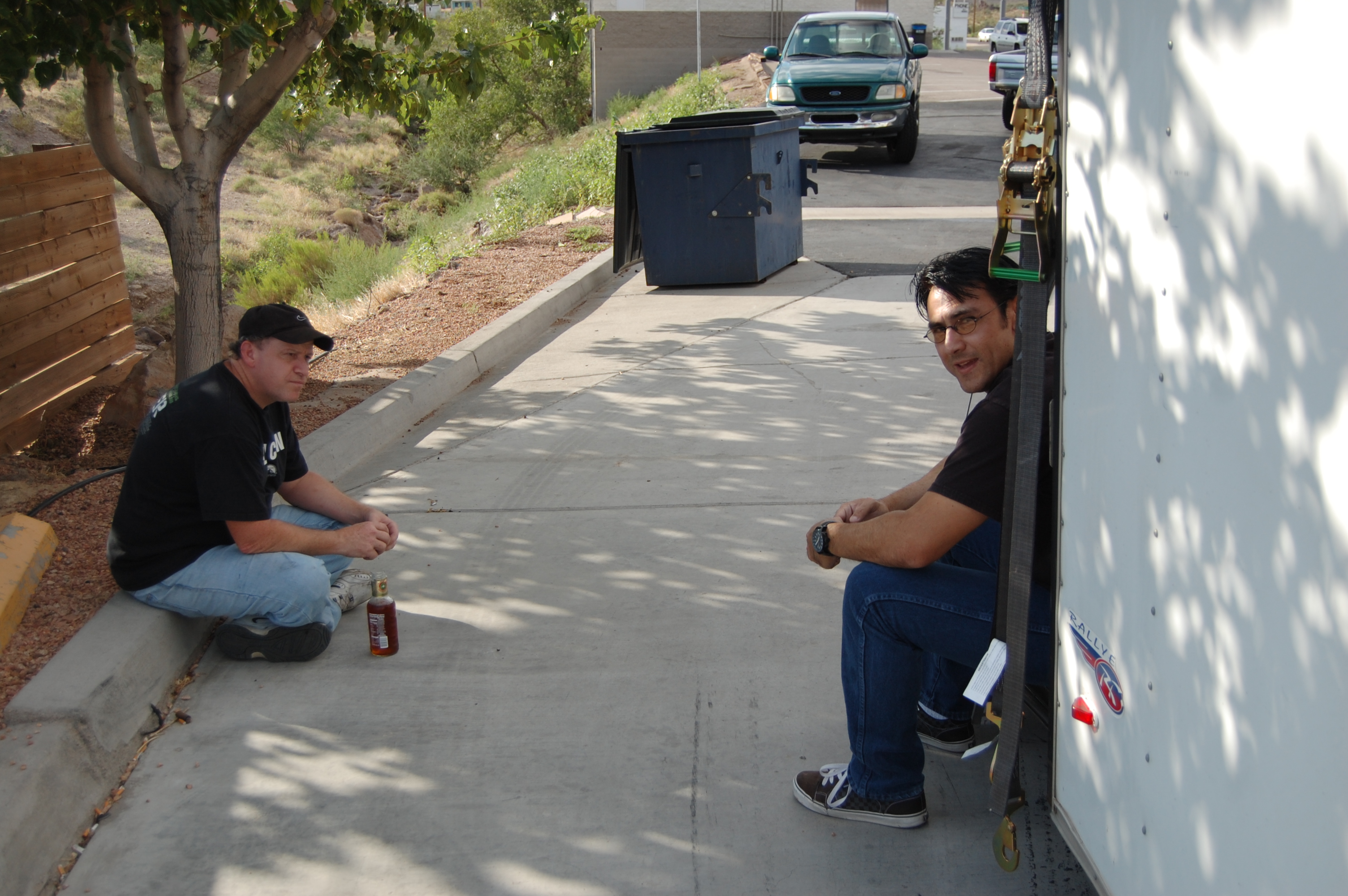 Does your wife ever tell you she is cold? Ever nee