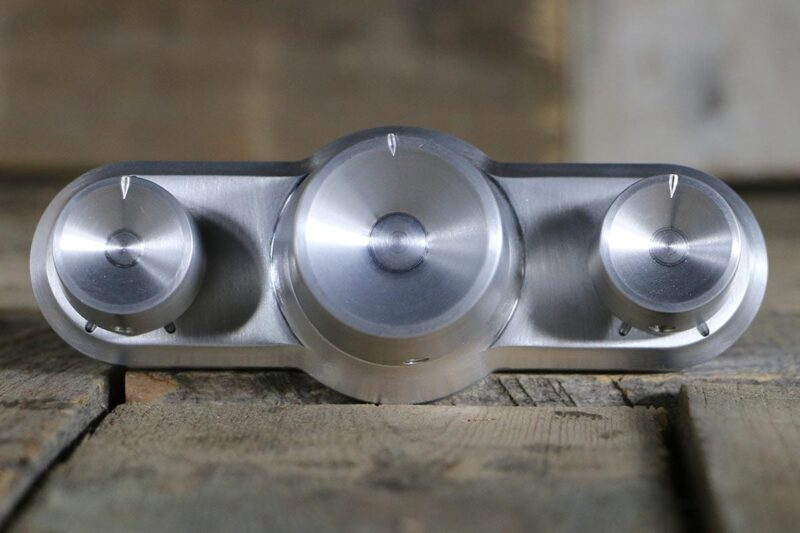 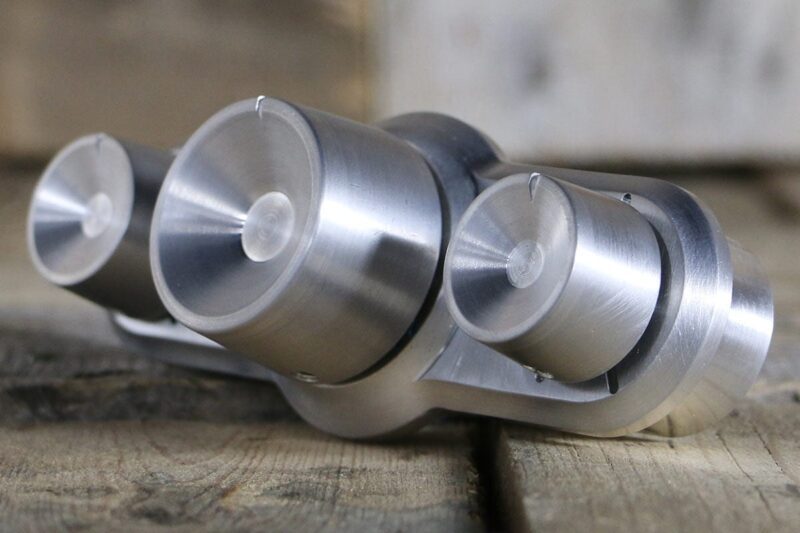 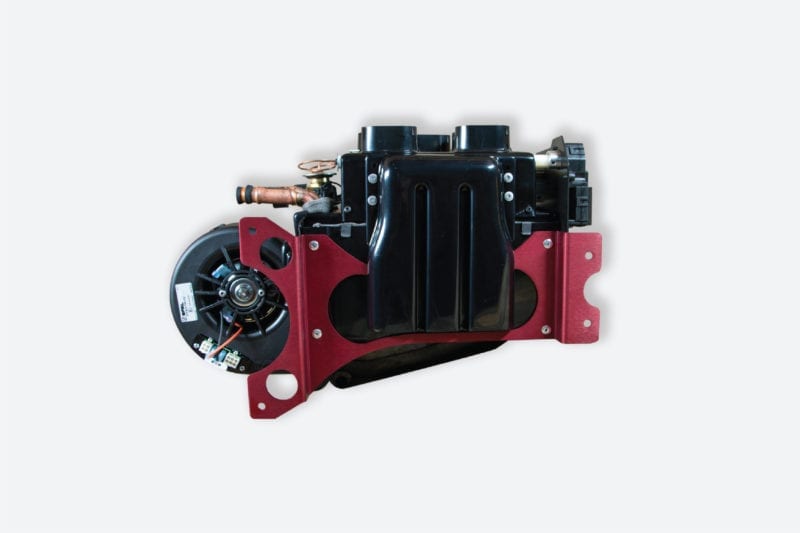 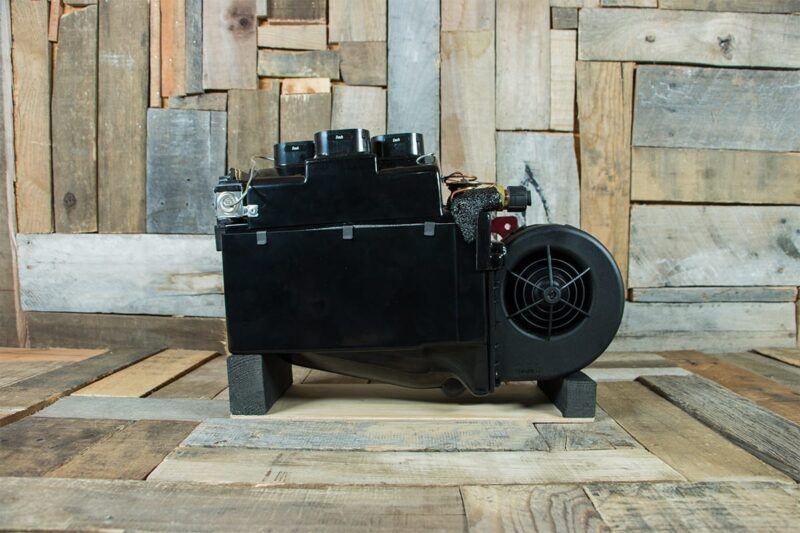 The Ultra Compact Climate Control System with A/C & Heat with Infinite Blend between Dash, Defrost, and Floor. The Bantam II designed for a smoothed firewall installation and is the ultra compact aftermarket A/C system. 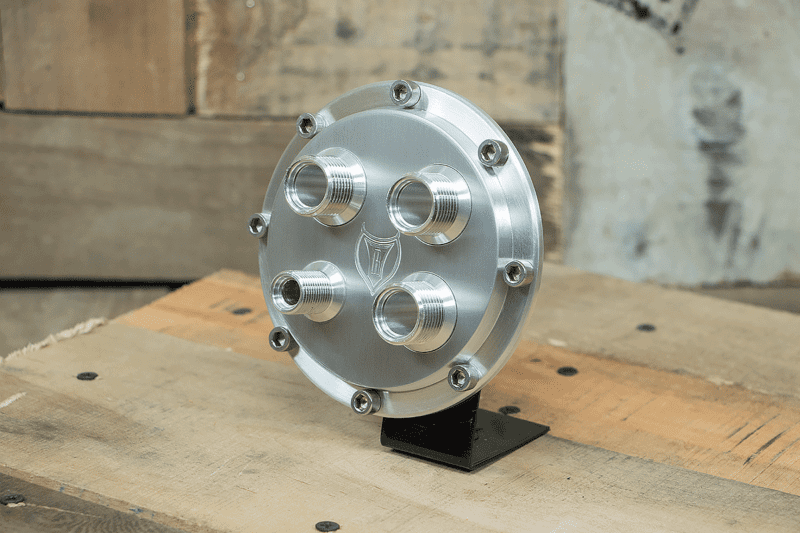 The Snow White Pearl and Blue Blood Red paint theme from House of Kolor goes through out the whole truck. This 1957 Chevy 3100 rides on TCI chassis and Budnik G-series wheels. The interior is fully customized and  looks cool and has Restomod Air Bantam II A/C system to keep it cool on the hottest days. The powerplant is Blue Print Engines built LS3 backed by 6-speed Tremec transmission.

Based on an all-steel reproduction Chevy pickup cab from Premier Street Rods and a Total Cost Involved chassis, a masterpiece of creativity and construction was born. The Premier Street Rods crew produced this gleaming pearl white cruiser and debuted at the 2017 SEMA Show in Las Vegas and was recognized by Restomod Air as a top ten build at SEMA.

The body of this 1957 Chevy 3100, the modifications abound: shaved drip rails, rear-fender exhaust cutouts. A custom front treatment features a grille bar with turn signals resembling that of a ’57 Chevy passenger car, while the front bumper is smoothed and tucked in closer to the body.

The rear bumper is replaced by a molded pan that creatively hides a full-width LED brake light bar between the pan and the tailgate. The truck is covered in House of Kolor Snow White Pearl paint, except for the trim around the cab, which is pained House of Kolor Blue Blood Red, matching the interior and the engine.

The engine – a BluePrint Engines 427c.i. LS3 Chevy power plant – resides in an ultra-clean compartment. A smoothed firewall, with Restomod Air Synister Diablo round bulkhead to connect all the a/c lines, custom inner wheel wells, and radiator cover hide all but the gleaming red engine. The engine has Holley induction and Sanderson headers that connect to a Borla exhaust system. A Tremec six-speed T56 transmission utilizing a McLeod clutch and flywheel moves the power to the Currie Enterprises rear end.

The elegant red interior package features leather upholstery by Ron Mangus and Dakota Digital gauges in a leather-wrapped dash. This 1957 Chevy has Restomod Air Diablo mini dual vane a/c vents that are satin in color. A Budnik steering wheel sits atop the ididit tilt column. An understated but creative feature of the interior is the seamless carpet and headliner. There is also a Restomod Air Synister Triq controller to control the Bantam II a/c system. Made from precision CNC Machined 6061/T6 Aluminum this 3-knob controller creates a perfect contrast in the interior.